“Please be aware that are office visit cancellation policy has changed. Effective immediately, there will be a $50 cancellation fee for any appointment that is canceled less than 24 hours or if you do not show up for your appointment.” 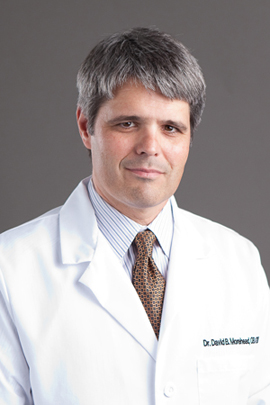 “I believe in providing attentive, compassionate medical care, individualized to your needs. My philosophy is that health care is a partnership between patient and doctor, and should be based on good medical evidence whenever possible. Educating you on your options of care is a key part of my job as your doctor.” – Dr. David Morehead

Dr. Morehead has been working as an Obstetrician/Gynecologist for the last 18 years. The last 12 years he has been working in Waxahachie, Texas, and in the summer of 2010 also in Mansfield. He grew up in Temple, Texas, where he graduated from Temple High School in 1981. He graduated from Abilene Christian University in 1986, did graduate work at Texas A&M University, then attended medical school at the University of North Texas Health Sciences Center in at Fort Worth, graduating in 1992. He received his residency training in Obstetrics and Gynecology at the Texas Tech University Health Sciences Center at Odessa, graduating in 1996. After 18 months in private practice in Odessa, Texas, Dr. Morehead moved to North Texas and opened his office in Waxahachie in 1998. His group’s Mansfield office opened the summer of 2010.

He has been very active in Medical Staff Leadership, serving as Chief of his Obstetrics Department for a total of 10 years, Safety Physician Champion for several years, Chief of Staff at Baylor Medical Center at Waxahachie in 2005, and for the entire Baylor Health Care System in the areas of OB/GYN Quality Improvement, Pain Management, and Director of Physician Education in Clinical Informatics. He is married and has four sons, and enjoys watching sports, playing golf, and music.