COVID 19 UPDATE: WHSNT wants to keep you informed on what is expected upon entering our clinics. We are aware of Governor Greg Abbott’s new order that lifts the statewide mandate on wearing mask. However, WHSNT will continue to follow the guidelines set by the Centers for Disease and Control Prevention. Everyone including staff, patients, and visitors will be required to wear a mask. ***Only two visitors are allowed including children*** If you have any COVID symptoms such as cough, fever, or shortness of breath, pending COVID test results, or direct contact with someone who tested positive for COVID please reschedule your appointment. Thank you for understanding. We appreciate your continued patience and support. 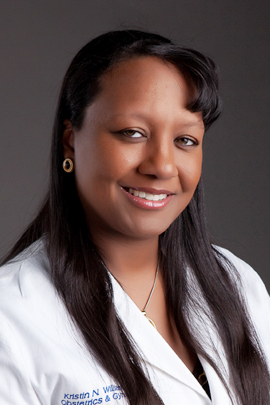 “Every woman’s health care needs evolve over time. My experiences as a nurse, physician, wife and mother have given me the tools to provide holistic, compassionate care to women at all stages of life. It is my goal to work with you in devising an individualized plan of care to help you reach your full health potential.” – Dr. Kristin Williams

Dr. Williams attended Grand Valley State University in Allendale, Michigan for her undergraduate studies. She earned a Bachelor of Science in Nursing degree in 1992 and then took time off and worked as a psychiatric nurse. Later, she attended medical school at Wayne State University in Detroit, Michigan and graduated in 1997. Her intern year was spent at Tulane University Hospital and Clinics in New Orleans, Louisiana. However, she completed the remainder of her Obstetrics and Gynecology training at Parkland Hospital in Dallas, Texas. She started her practice in Waxahachie, Texas in September of 2005 and has been practicing here ever since.